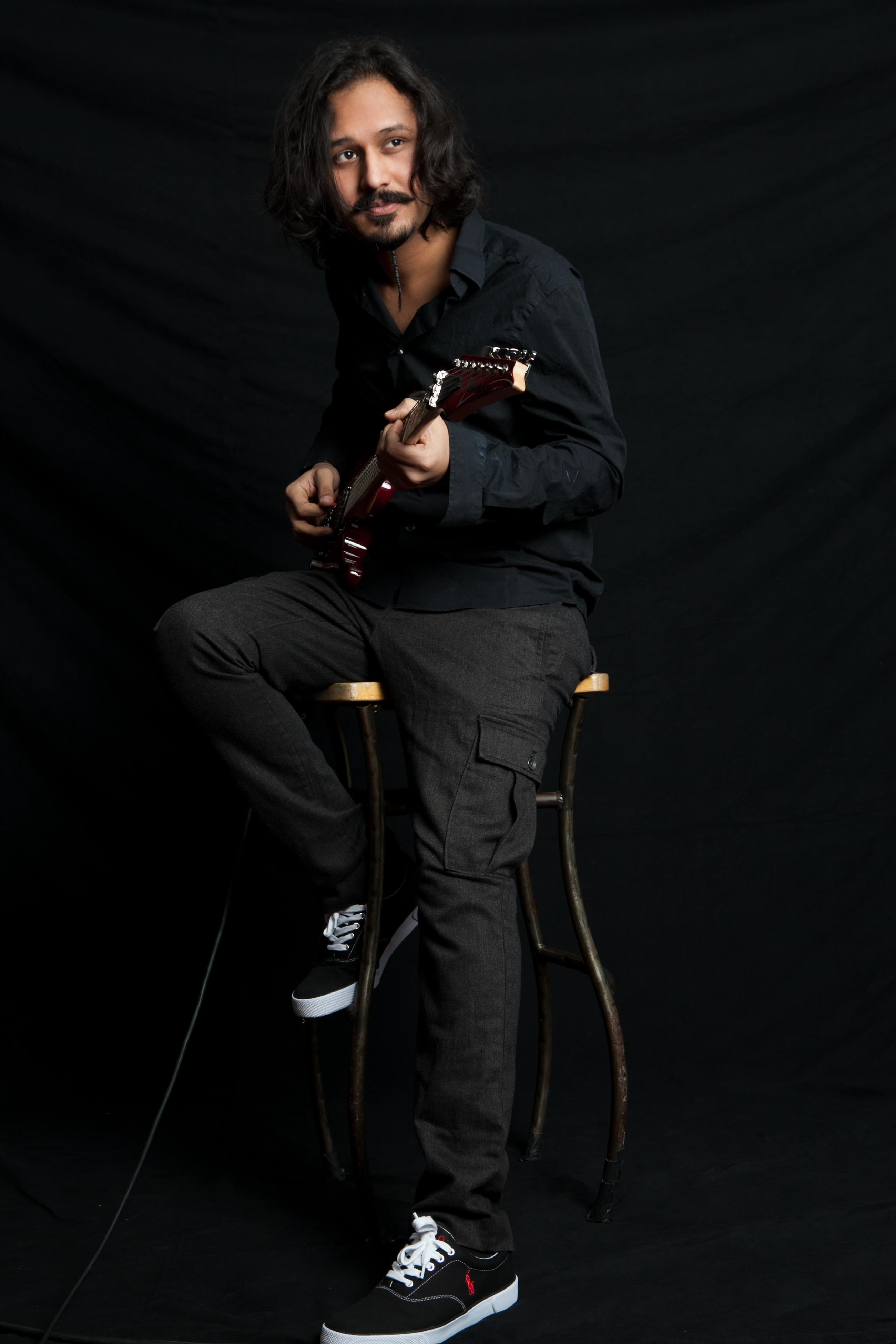 Aj Satsangi (born Ajay Kumar Satsangi :January 1st 1990,In M.P, India) is a Composer, Songwriter and Guitar Player,currently residing in LA, known for his unique ability to tell intriguing stories through his music. He has performed on some of the most elite stages in the US, including the Pre-MTV Movie Awards 2014, NAMM 2014 and has also appeared on televised shows on major Networks including CBS with about 38.6 million viewers.

Born and brought up in a not so big town in central India, Aj found the passion and desire for music in his teen, and despite the scarce accessibility to instruments and musical education he managed to acquire quite a following by winning some really prestigious music competitions including the Radio Mirchi Raipur statewide music competition. In search to quench his thirst for musical knowledge Aj moved to Los Angeles,US, where he attended Musicians Institute, an institution known worldwide for the quality of scholastic achievement, where he was educated by foremost instructors such as Vadim Zilberstein (Earth Wind and Fire),Russell Ferrante (Yellowjackets), and obtained a formidable background of superior knowledge and musical insight.

Aj is currently working as a composer, songwriter and guitar player for his brainchild ‘The Ajay Project’ as well as for some of the industry’s well known artists like Monte Pittman (Madonna’s long-time guitarist), Brad Jurjens (Bass player for Wes Cage (Nicolas Cage’s son)), Nikki Stringfield (guitarist for Iron Maiden). In addition, he recently got signed to Blazed Out Music(a music licensing company) and Current Music Inc(a customized music placement company), both of which caters to numerous prestigious and reputed networks, TV Shows, Films and Video Games, providing the perfect platform for Aj to express his artistic ability to create vivid imagery through his music.

As a guitar player and performer, Aj is also endorsed by Peavey Electronics Corporation(U.S), Budda Amplification(U.S), Cordoba Guitars(U.S), Guild Guitars(U.S) and Essetipicks(ITALY). As an artist endorsed by Peavey Electronics Corporation playing a critical and crucial role in enabling mass awareness and appreciation for the brand .His other successful endeavors with Peavey includes product demos, clinics, advertisements and most notably his performance at Peavey’s booth at  NAMM 2014.

His 2014 season engagements also includes performance at some elite venues in LA including the elite Catalina Jazz Club, which is the home to some of the world’s most renowned musicians including Grammy Award Winner Chick Corea and performance at ''The Style Mansion'' Pre-MTV Movie Awards 2014 with artist Di Lee. Aj also appeared on the live talk show on ‘Film on TV’,where he was interviewed by the host kato kaelin, following a live performance of his original song ‘A Set of Marbles’. Additionally, scoring music for indie movies and documentaries both in the US and India, including the Indian indie movie ‘Baatein Chhoti Chhoti’ reaching to an audience of 4,548,392  and an International invite only music scoring competition with an esteemed panel of judges consisting of Academy Award winning composer Howard Shore, Producers/DJ Moby, Aphex Twin and the Trip Hop band Portishead.

2014 also marks the origin of ‘The Ajay Project’. With the release of their debut album ‘You Made Me’, with songs in multiple languages but a common message of love for mothers all around the world, with the proceeds raised from the track being sent to ten worthy charities throughout the world .The second release, ‘I Am Not The Same’ is a rock/metal piece contrasting his previous release and further on, ‘Asian Ritual’- an Asian Oriental Orchestral track,and a solo acoustic fingerstyle EP - ‘Imprint of Memories (Book 1, Chapter 1)’ paints a completely different picture of emotions. The review for these can be read on some of the world’s best recognized music magazines/journals including Music connection, Top 40 Charts, Vents magazine etc, each having a circulation of roughly 100,000.  Also the songs can be purchased at all the major online stores including iTunes, Amazon, Google Play.

With a conceptual approach, he makes work that deals with the documentation of emotional events and the question of how they can be presented. And with the aid of his natural talent to paint, he can clearly see and present those concepts into reality. Residing in Los Angeles,CA , gives Aj the perfect surrounding and environment to serve, utilize and master his recipe with the melting pot that is Los Angeles.